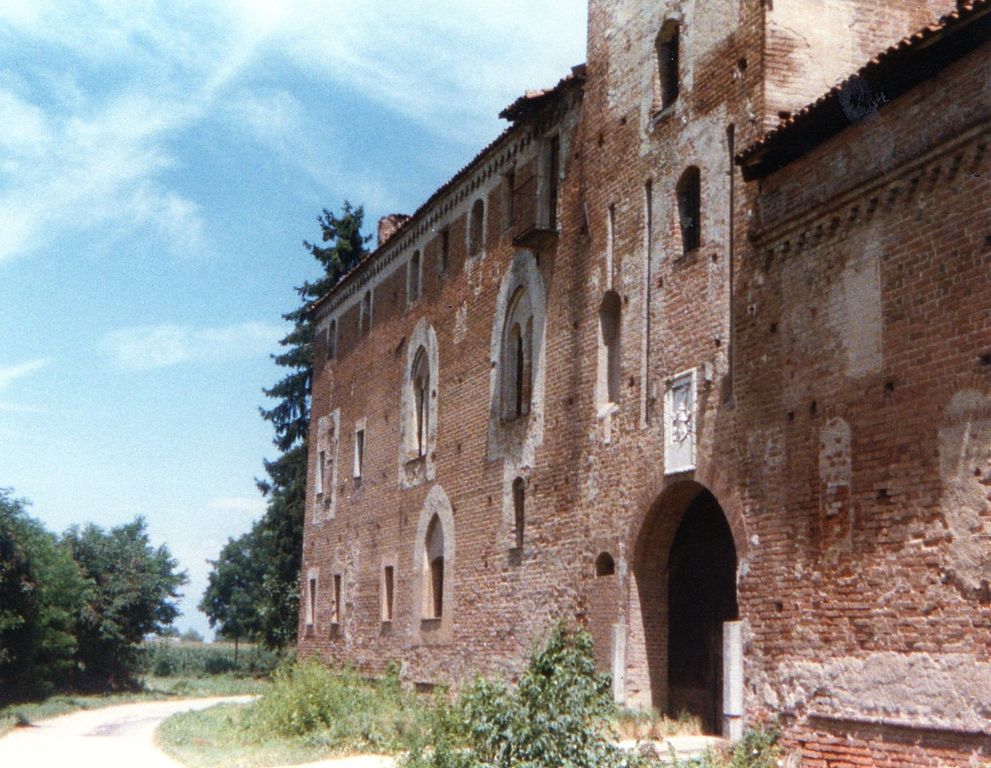 Those who have already visited it can testify to that: we’re talking about a place which is particularly sinister and mysterious in its appearance. It’s a stone’s throw from Moncalieri, a town not that far away from Turin. We’re describing the Castello della Rotta, even though the word that is most suited to this ancient medieval building would be “Fortress”. It is, in fact, a manor house. But not everyone knows that it’s considered a haunted place. This is the reason why dozens of legends are circulating around this building, one the most enigmatic in history.

Where is the Castello della Rotta located?

The Castello della Rotta rises between the provincial Road 393 of Villastellone and the motorway to Turin. The whole thing surrounded by a suggestive panorama and three rivers: the Po, the Stellone and the Banna. The building was meant both for the rural environment –  in order to prevent agricultural products from being stolen – and in the aristocratic environment, in order to defend their families in case of some sort of attacks. Unlike today, in the 15th century the castle was in an almost uninhabited area.

If we’ve got to be honest, we’re not sure about the origins of the name. According to some hypotheses, the term Rotta may refers to a military defeat. Anyway, there are many other theories surrounding this name: it’s possible to find references to the bursting of the banks of some nearby river, to the watering channel and even to the ship’s route (rotta in Italian). There is little information even about the period in which the castle was built . Some people believe it may have been a destination for the Templar Knights in the 12th century. It is known, however, that the castle has changed its owner many times, starting with the Romans, passing through the Lombardi and – probably – even through the Templar Knights. On the other hand, in the 80s the fortress has undergone a major restoration and now it appears in all its beauty. The construction, however, wouldn’t have been able to counteract the presence of ghosts that so many people swear to have seen or heard.

The ghost of the Templar Knight on a horse

Passing through several eras and different owners, the castle witnessed the deaths of many, the majority of which were of innocent people. According to some people, valiant warriors’ spirits may be wandering around the castle’s walls. The body of one of these warriors is said to have been found a long time ago. It’s also said to be found buried with his horse. It looks like he lived around the 15th century and, apparently, he was wearing an iron cross around his neck. When the discovery of the body has been announced, many inhabitants of the nearby villages were shocked: the voices of a ghost riding a horse with a cross around his neck, spotted right near the castle, were going around for a long time.

The most haunted place in Italy

The story spread like wildfire in a very short time, to the point that many people now believe that the Castello della Rotta is the most haunted place, not only of the metropolitan area of Turin, but of all Italy. There are also several people who claim to have seen apparitions of different kind, like a cardinal intent on reading a book, a man in black clothes and a nobleman. According to CICAP, however, these beliefs would have only spread around the 80s – at the time of castle’s restoration – and there would be no evidence to support them.

Special thanks to singersongwriter from U.S.A Scott Krokoff